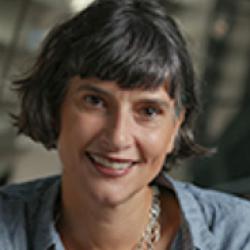 Jo started working with SMA Tourism in 2017, with a review of Ballarat’s arts and cultural services, and then development of a Cultural Tourism Strategy for the City of Wollongong.

Jo is a consultant and producer for not-for-profit and commercial performing arts. Throughout her career of 30 years, Jo has held a myriad of producing and management positions in arts organisations, not-for profit and commercial theatres across the world, including Australia, United Kingdom and the United States of America. Her early career included Associate Producer of the 1997 David Helfgott world tour, and management positions with Circus Oz, Sydney Theatre Company and Sydney Festival.

Highlights since have included: Executive Producer of Malthouse Theatre; General Manager of a range of commercial theatre productions; Head of Creative Development at Richard Frankel Productions in New York; and Head of Business Development at Really Useful Group in London.

Jo is the Co-Producer of Victoria’s inaugural Regional Centre for Culture, and a board member of ‘Back to Back Theatre’ and Theatre Works. She teaches Governance and Leadership in NIDA’s MFA in Cultural Leadership program and has guest lectured in arts management at the University of Melbourne.